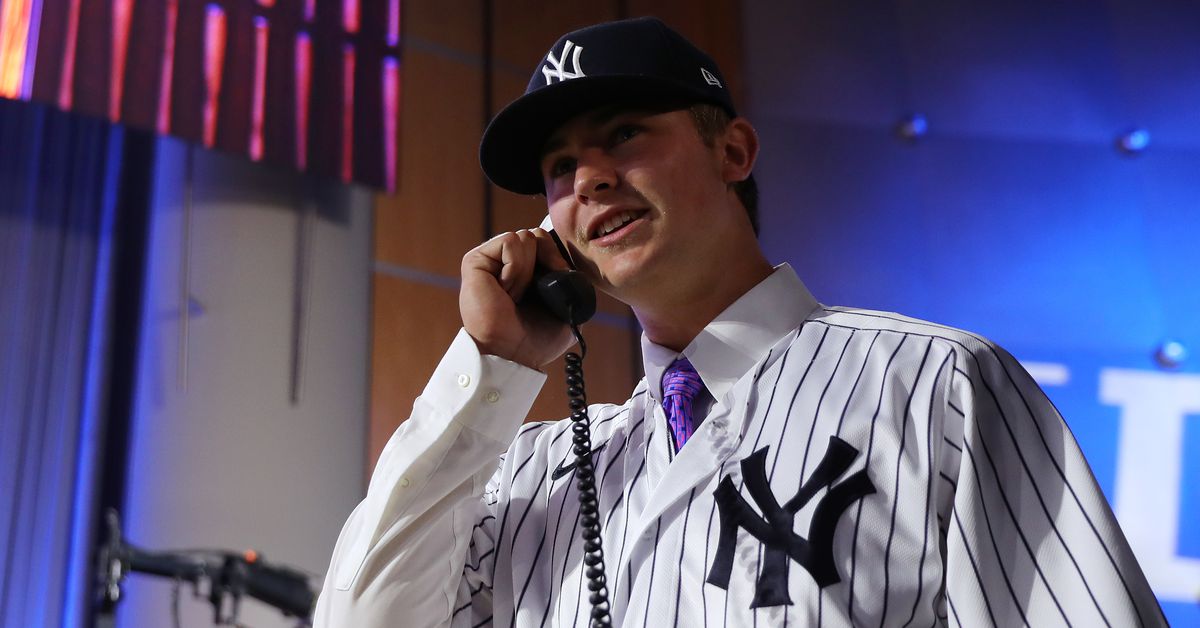 The 2021 MLB Draft is well underway, as it began on Sunday night with the Pirates surprising everyone by taking Louisville catcher Henry Davis with the No. 1 overall pick and continued through the end of the first competitive balance round at No. 36, which the Twins used to take high school shortstop Noah Miller.

That was just Day 1 though. The Yankees made nine picks on Day 2 after taking Trey Sweeney with their first-round selection, and 10 more on Day 3. To help conveniently track all these players from the selection process to any known eventual signing news, I’ve assembled this draft pick tracker that will be regularly updated throughout July. The players’ names are linked to the Pinstripe Alley stories about their draft selections. If available, I’ve also included their Twitter handles if you have any interest in following them.

Draft pick signing news can be a slow process and team assignments might be even fuzzier, but we’ll do our best to keep you posted. Players have until 11:59 PM ET on August 15th to sign. As always, give us a shout in the comments section of this post if you see any news that needs to be added.

Note: Teams are allotted $125,000 per pick for each selection from Rounds 11-20. This doesn’t count toward their total bonus pool, though they are permitted to use any leftover bonus funds to increase their offers beyond $125,000 to these players. Teams can also sign non-drafted free agents (NDFAs) at a maximum of $20,000 per signing, but bonus money can’t be used.

7/13: Trey Sweeney told The Athletic’s Lindsey Adler that he plans to sign “within the next week,” so the Yankees’ first-round business could be finished in short order.

7/14: Two college senior draft picks — second-rounder Brendan Beck and seventh-rounder Robby Ahlstrom — have already tweeted their excitement about joining the Yankees, so since the question of their signings basically just comes down to interest, they seem like locks. (Beck was later spotted at the Yankees’ complex, essentially confirming it.)

7/14: Cooper Bowman is also signing with New York, as he posted a picture of him doing just that on his Instagram.

7/14: The Finger Lakes Times reported on Ben Cowles being drafted and at the end, noting that he was on his way to Tampa to start training.

7/14: Danny Watson says that his agent has “reached terms” with the Yankees and that he will be reporting to Tampa, too.

7/14: Cole Ayers told the Enquirer that he will forgo his commitment to the University of Cincinnati and sign with the Yankees.

7/14: As expected, Dominic Keegan will return to Vandy rather than signing with the Yankees. He’s talented enough to boost his draft stock far beyond “19th-rounder.”

7/15: Yankees scouting director Damon Oppenheimer says that negotiations with Brock Selvidge should wrap up “sooner than later,” so he should be safe to sign.

7/15: Beck and Watson have indeed signed.

7/15: Richard Fitts and Chandler Champlain were spotted at the Yankees’ spring training complex so they seem to set to sign.